Let me start off by saying that hearing Christmas music and seeing decorations is a lot more fun when it comes after spending three months in a country that doesn’t celebrate Christmas than when it comes at shopping malls in the beginning of November. Stockholm, despite its irreligious reputation, definitely still has a lot of Christmas spirit, with light-up reindeer (and moose) at every major square, and lights crossing the main streets of downtown. This was my first trip west of the Iron Curtain while I’ve been abroad, and the differences were striking. I never realized how much I appreciated clean streets, working plumbing, and reliable public transportation until suffering the lack of both in Turkey, so returning to American standards of living was a welcome reprieve. This trip was also welcome as a break from two busy weeks preparing end-of-the-year work. While the cold was certainly an adjustment (in the upper 30s there, while it is still in the upper 60s in Alanya), the early sunset was even more of an adjustment. Stockholm is the furthest north I’ve ever been, and it is so close to the Arctic Circle that sunset was at 3:00 PM while I was there, cutting heavily into my available time to visit outdoor sites, meaning that my schedule during the short daylight and opening hours were very packed, and there’s still more that I wished I would have been able to see. Because of this and cloudy skies, I saw perhaps half an hour of sun during the entire weekend.

Most of the sites I visited were either museums, or parts of Stockholm’s royal heritage. For the latter, I visited the Royal Palace and Drottningholm Palace, Sweden’s version of Versailles. Unfortunately, parts of the Royal Palace were closed for royal activities, while visiting Drottningholm was only possible before opening hours, adding one more to the long list of famous sites I have been to, but not inside, yet wandering the deserted grounds was still an amazing experience. Stockholm’s museums are fantastic, though at a high cost compared to the dirt-cheap museums of Eastern Europe and the free sites of DC, and I sated my love of Nordic history by traveling to the Historical Museum, Army Museum, the Nordic Museum, and the highlights of the Vasa Museum (home of an almost intact 17th century ship) and the Skansen outdoor museum, which incorporates historic buildings, a reconstructed town, and a zoo. This season is also the time for Skansen’s Christmas market, offering traditional Swedish food and handicrafts, in other words, like going back to my house. Indeed, the combination of the cold, the look of the countryside and the people, ubiquitous knowledge of English, and the omnipresent Scandinavian decorations around Wisconsin and especially my home meant that this trip almost did feel like a homecoming – if Wisconsin had anything nearly as interesting to see. 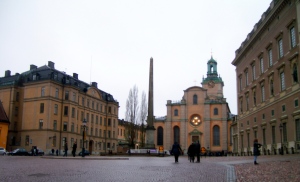 Stockholm Cathedral, with the Royal Palace to the right

Statue in front of Drottningholm Palace 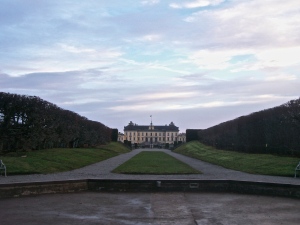 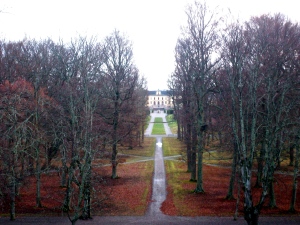 Russian banner captured by Swedish forces in the Army Museum 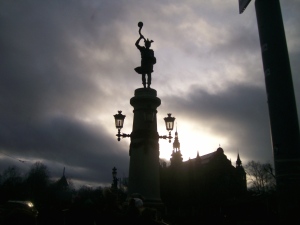 Statue on the bridge to Djurgarden, Nordic Museum in the background 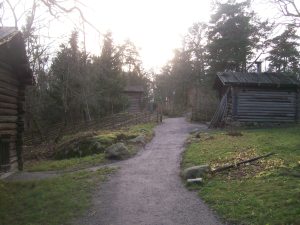 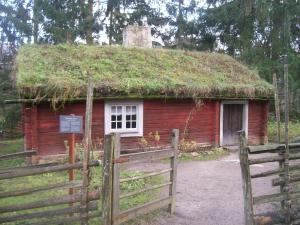 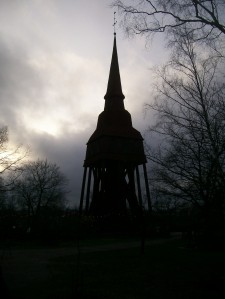 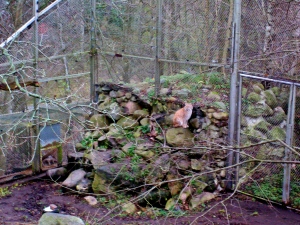 My last major activity of this trip was a cruise around the Stockholm Archipelago, which is massive (in 1.5 hours on a relatively fast boat, I only reached only to the town of Vaxholm, perhaps a quarter of a way to the outer ring of islands, and the boat did not escape the developed coastlines and islands to view wilder parts), and in better weather would be a fantastic place to return and kayak.

Central Stockholm from the cruise boat

Kastellholmen, an island in central Stockholm

Traditional summer house in the Archipelago 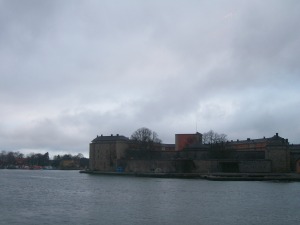 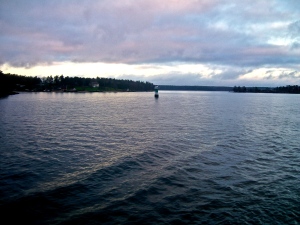 Thanks to the collapse of the krona against the dollar, Stockholm’s very expensive reputation ended up being comparable to most of the US, if still much more expensive than in Turkey or the other countries I visited, which slightly assuaged my guilt over buying a ridiculous amount of souvenirs. Still, for meals I still went for cheap ethnic food (another benefit of the developed world) instead of Swedish cuisine (which admittedly is not a worldwide favorite for a reason). Stockholm was my last hurrah when it comes to traveling this semester, since it is only a week before I will end my experience here and return for Christmas in America, and only one paper, packing, and one final post here remain to be done.