Not many first weeks of school include three (or more) trips to the beach and climbing over an ancient castle. But, that’s just one reason why I am constantly reminded that I made the right choice in coming to the McGhee Center. This week was just as busy as the last few, though in a different sense, as instead of traveling I settled into my home for the next few months, Alanya, and started the routines of the school year.

Save (partly) for the small peninsula that houses our apartments and villa, Alanya is very reminiscent of Florida-and that’s not a compliment, for the most part. Rows and rows of low-rise condos and hotels, hundreds of shops and restaurants designed specifically to serve the less discerning traveler, and tour buses and boats galore, all focusing on a beach that has a different bar or restaurant every 50 feet. Yet on the other hand, when examining the natural environment, the towering mountains that reach almost to the sea, the warm, clear waters of the Mediterranean, and a rich history, you cannot blame those who choose to spend their vacation or golden years in this small piece of paradise, nor the enterprising Turks who developed and commercialized it beyond what in America would be tasteful (besides, some of these pseudo-Scandinavian establishments are not too different from some in the Upper Midwest). Even if I’ll never get why someone would travel a thousand miles away from home and then buy knockoff basketball jerseys and eat terrible imitation Tex-Mex cuisine served by aggressive waiters with Australian accents at one of a dozen identical restaurants, I can’t help but admire the Turks that learned Finnish to expand their tour company’s clientele, or learned how to make schnitzel to make German tourists feel at home. Commercial Alanya may often be ugly, but it’s capitalism at its best, and for better for worse Alanya’s success is a model for much of less-developed Turkey. And even living here for four months, I’ll still be a tourist until I can speak fluent Turkish, which won’t be this semester, if ever, despite the fact that my Arabic knowledge gives me a head start on some of the vocabulary. Alanya may not be the optimal place for being immersed in the Turkish language and culture (though I’ll likely pick up some Russian or more German, given the multilingual signs everywhere), but those can still be found, and there are plenty of leisure activities to find something fun and new for the entire length of this excursion. 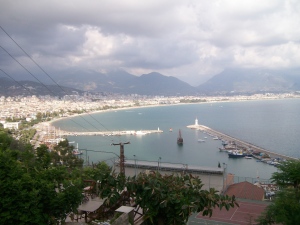 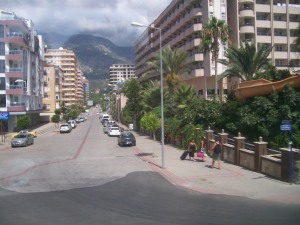 An Average Street in Alanya 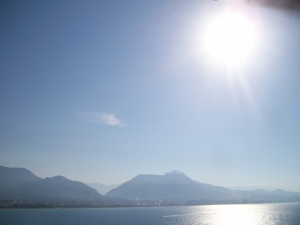 The Mountains Around Alanya

Luckily, our lodging and learning accommodations are located halfway up the soaring peninsula that is the site of the castle and old Alanya, which if not much more peaceful, with barking dogs, music from cruise pirate ships, and calls to prayer, at least seems more Turkish and is removed from the commotion of the beach and main streets. The hills provide some great exercise going to and from class, the beach, or the supermarket, and when examining the sheer cliffs that surround us and the still impressive strength and scope of the fortifications, it’s no surprise that Alanya has never been invaded or attacked in strength. Our villa, while not the original site of the program, which was closed for renovation, is still a beautiful hundred-year old building with fantastic views of the harbor and town that is a perfect size for the 14 students on the program. Even though there are only a half dozen rooms (only one of which is air conditioned), most of us prefer to spend the whole day there than return to the apartments (not just because of the formidable hike back). Classes may have the same demanding standards as any other Georgetown course, but it’s hard to shake the feeling that I’m just at an extended summer camp. Luckily, our cook has done a phenomenal job thus far for the provided meals, since I doubt I’ll ever get the hang of shopping at the Turkish supermarket or cooking without some of the appliances and accessories that are essential in an American home, but not in our apartment. The apartments will take some adjustments to get accustomed to, but I really have still hit the jackpot in terms of study abroad class and living arrangements. 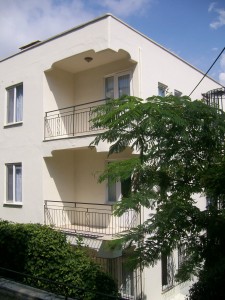 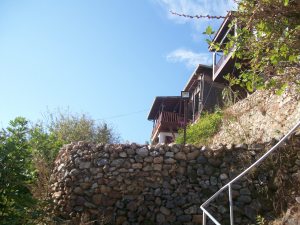 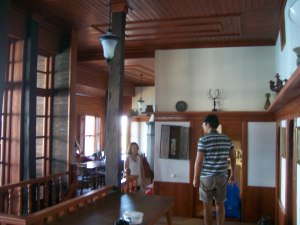 Interior of the Villa 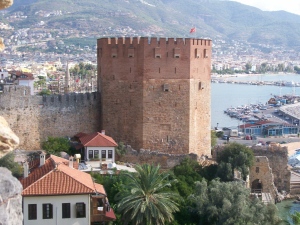 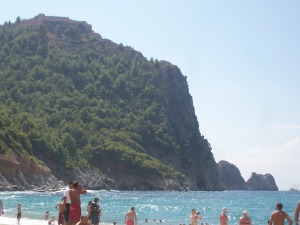 The Castle on its Peninsula 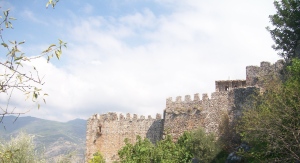 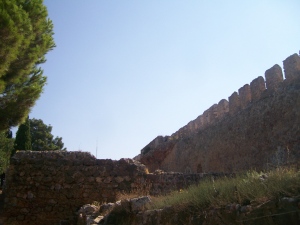 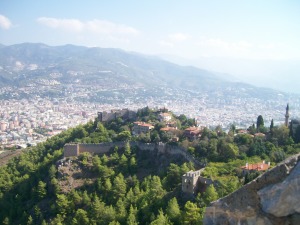 The Lower Castle and City 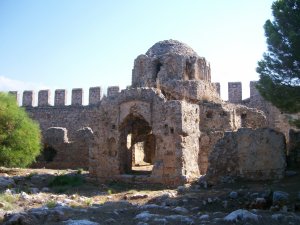 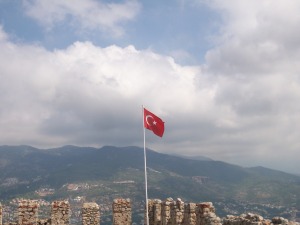 Lastly but perhaps most importantly, this week we all met our host families. Luckily, my family speaks OK English or I would be in trouble, but spending time with them should be a great way to improve my Turkish (nothing helps solidifying knowledge of Turkish numbers as well as playing UNO in Turkish) and also to discover new parts of Alanya less frequented by tourists. While my family is fairly modern and well off, they provide a great introduction to Turkish culture, such as eating a traditional Turkish breakfast with them this morning, and despite the language barrier, it’s a lot of fun to spend time with them. 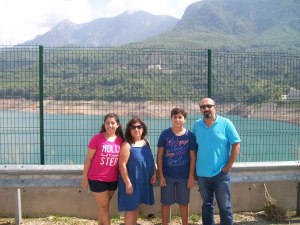 Even in Alanya, our travels haven’t stopped, with next week containing four days in Cappadocia and Konya, followed shortly after by fall break. But those will be for a later post.

One thought on “Home for the Moment: Alanya and the First Week of School”